Indianpipe is a cool little plant, all white while it's growing, then turning brown with a cool seed pod later on. It's fairly uncommon, but usually lots of them where they are found. Sometimes just one pops up in a spot, but oftentimes there are bunches of them growing right together. It's a perennial plant that grows from a mass of roots.

As you can see, this plant has no chlorophyll, therefore it must get its energy from elsewhere. It's not a direct parasite of tree roots as was once thought, but instead is parasitic on fungi that are mycorrhizal on trees. It's a very complex relationship that is better described here. This complex relationship does make it very difficult, if not impossible, to grow this plant in a garden or pot or anywhere except in the woodlands where all the parts of the puzzle are present.
﻿ 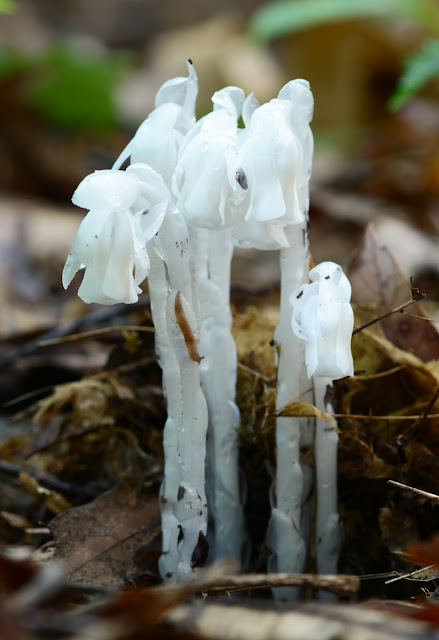 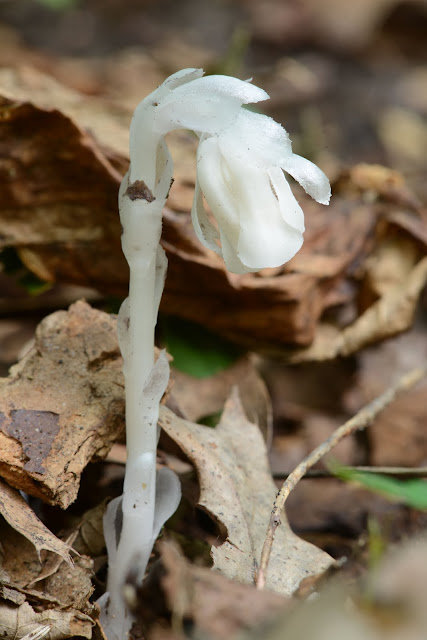