Black Maple might as well be Sugar Maple.  The leaf shape is a bit different, but that's about it. Maple syrup producers use the Black as well as the Sugar Maple and state that the sugar content is the same.

There are some other minor differences if you were to compare them side by side, but they interbreed and therefore there are a range of measurements and thicknesses and hairiness and other things that taxonomists use to create new species.

Black Maple has a smaller range, not reaching into the northeast and Canada like the Sugar Maple does. This suggests that there has been a bit of evolution. It's likely that two populations of the same species got separated geographically and evolved slightly different leaf shapes and then the populations got intermixed again.  This makes taxonomists crazy because they didn't evolve enough to be completely different, but are different enough to deserve consideration, so they argue about whether they are two different species, two different sub-species, or just two different variations of the same species. 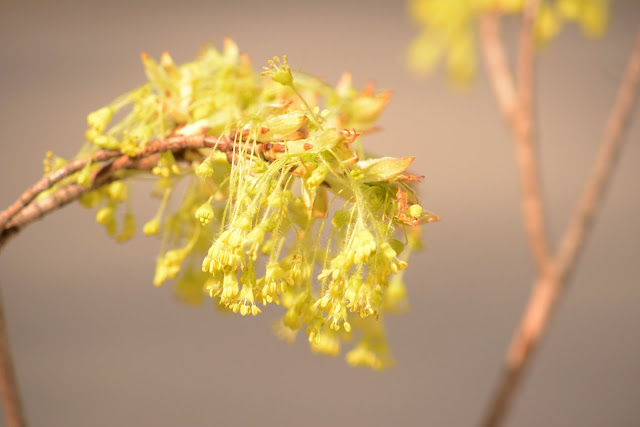