Common Hackberry is one of the easiest trees to identify by its bark. The warty protuberances give it away. It's in the same family as the elms, Ulmaceae, which is evident by the layered appearance of the bark and the shape of the leaves, which have asymmetrical bases, even more-so than the elms. The fruits however are completely different than elms, being small edible berries rather than disk-like samaras of elms.

The Hackberry is host to a number of butterfly species, including the Hackberry Emperor (Asterocampa celtis). This butterfly will feed on the decaying berries in the late summer and fall, then make a winter nest by 'sewing' the leaves together around itself. In the spring, it will crawl out and start dining on the fresh leaves.

The Hackberry is also used by a number of other invertebrate and vertebrate species, being a central part of the Midwestern ecosystem. It's a nice tree to have in your woodland. 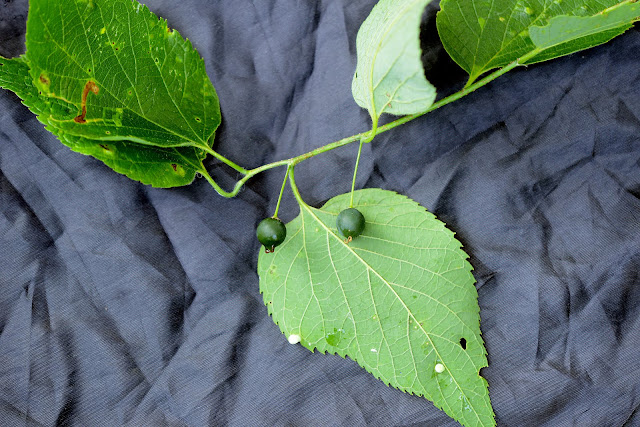 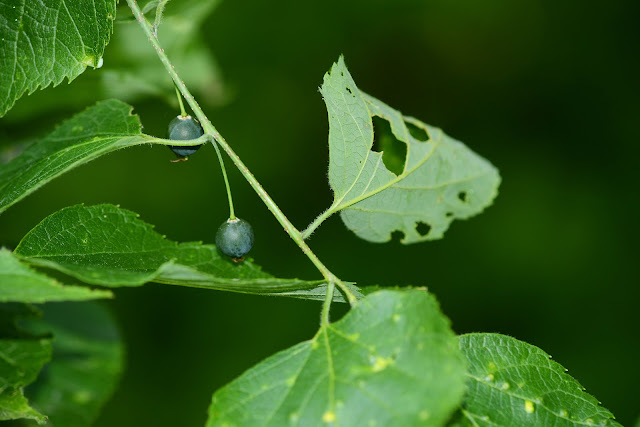 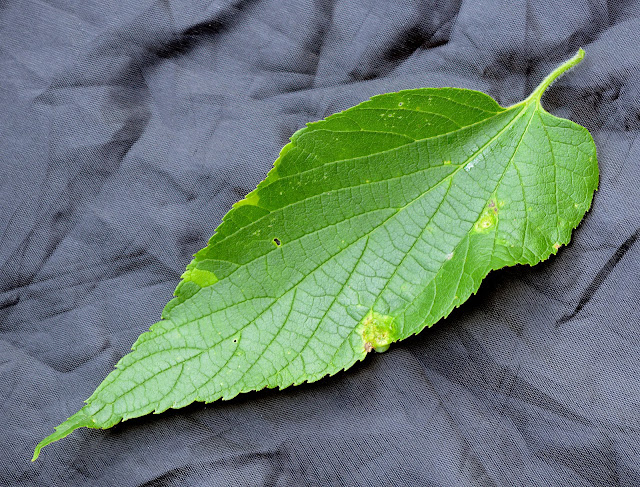 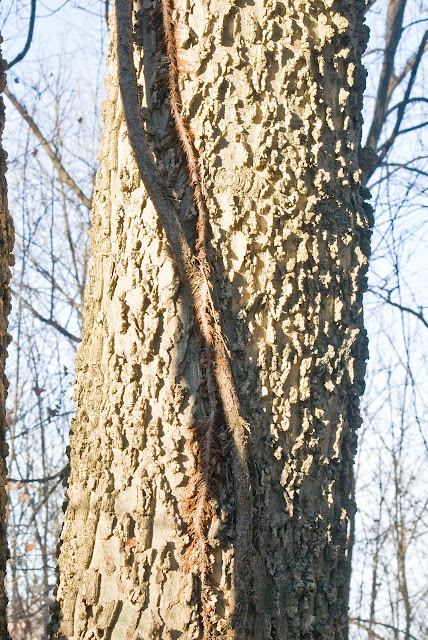