Black Chokeberry is rather uncommon in Indiana. It's a small, unassuming shrub that mixes in with other vegetation. When I first found one, I didn't know what it was and took some pictures anyway to take back and look through a bunch of field guides to identify. I was quite excited when I figured out what it was since it was new for me! Kind of like identifying a new bird. :-)

Shortly after my discovery, I was at a farmer's market and they were selling Aroniaberries. I had never heard of that before and they told me it was actually Chokeberry, but it's hard to sell something called Chokeberry, so they went with the scientific name. Of course, like everything else, the taxonomists have been monkeying around with the scientific name of this plant and so some people call it Photina and some call it Aronia, take your choice.

﻿﻿The berries were quite tasty and worked very well sprinkled on top of a bowl of Cheerios, although they sank to the bottom. I could easily see them in some oatmeal or granola with yogurt or anything that could use a touch of sweetness.
﻿ 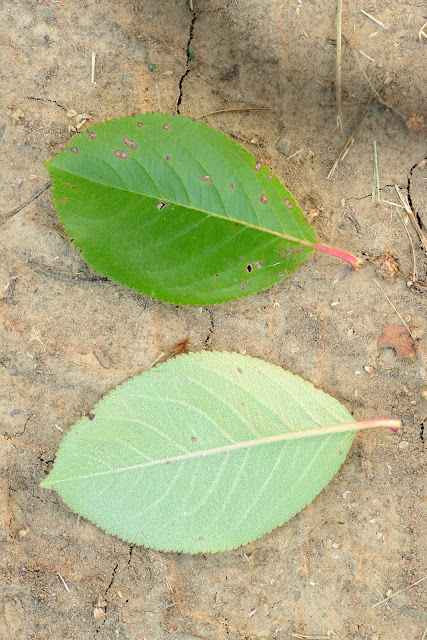 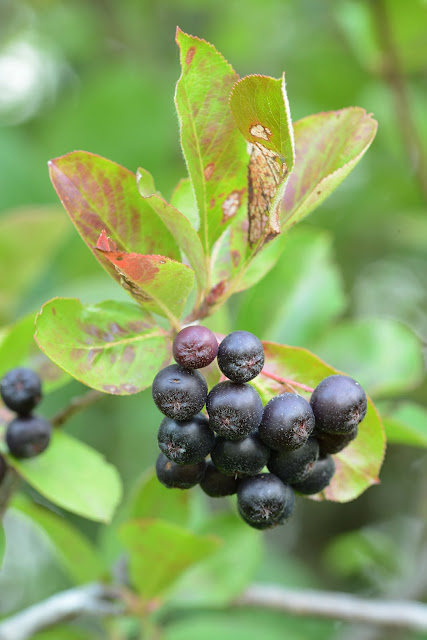 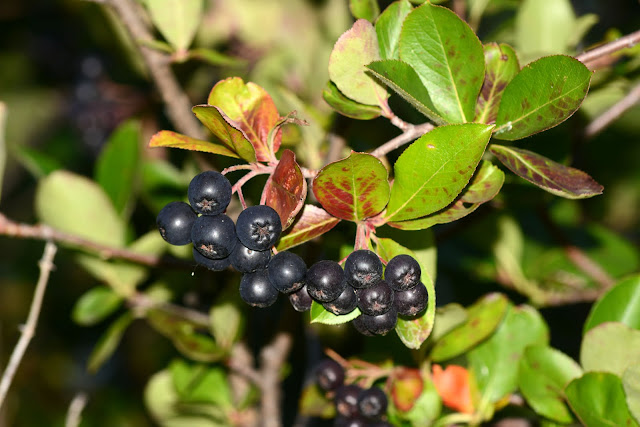