I was reading about Hogpeanut and learned that the 'peanut' is not the seed from the above-ground pod, but rather the seed produced from a self-fertile flower that grows along stolons along the ground.  In fact, this seed is sometimes underground.

I also read that Native Americans relished this nut and the best way to find the nut was to find a mouse cache of the nuts and steal them.  They must have felt bad about it, because it is claimed that they would replace the cache with corn kernels so that the mice would have something to eat.  How nice of them!

This is such an interesting part of natural history that there has been a ton of scientific research on caching, pilfering, re-caching, reciprocal pilfering, etc.  They have even marked seeds with radioactive isotopes so that they can follow them around the meadow as they get moved and buried.

This activity with seeds must play a huge role in their dispersal.  If you think about it, how could an oak forest ever grow?  The acorns drop straight down.  How could any forest work its way up a mountainside.  Certainly cottonwoods could do it, but many of the forests in mountains are coniferous, which have cones with heavy seeds.

So, what's all this got to do with the Hogpeanut?  Not a whole lot other than it demonstrates yet another small fascinating aspect of natural history. 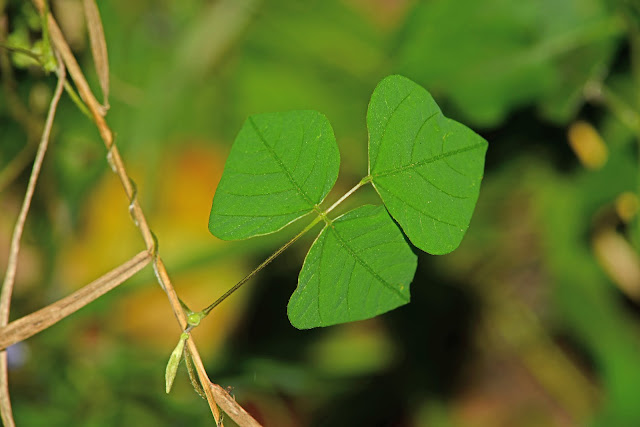 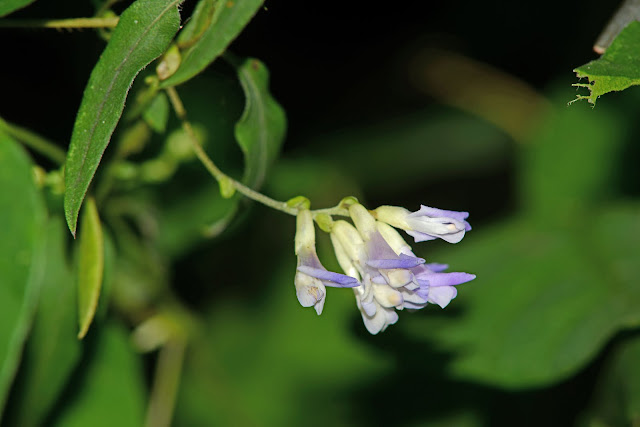