This is an interesting plant. It has a circumpolar distribution, yet is rather uncommon anywhere it's found. It's an obligate wetland plant, which means that it is only found in wet soils. This all suggests that it has been around for a very long time, either so long ago that the continents were still connected, or else long enough for them to disperse all around the northern part of the world.

It is found across the northern part of North America and across the north part of Indiana. I've only seen it in one place, along a lake edge. I suppose some of the rarity is due to the fact that it grows in a difficult place to get to and therefore is more rarely seen.

It's a striking plant to come across, just walking along a boardwalk in mid-summer and the yellow tufts of flowers jump out a you. The flowers don't stick up over the foliage, but rather hide below it. I guess there are more pollinators hanging around under the foliage that up over it. 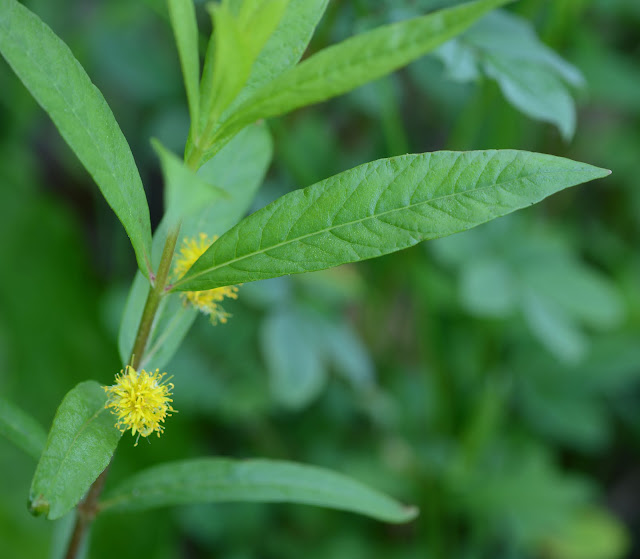 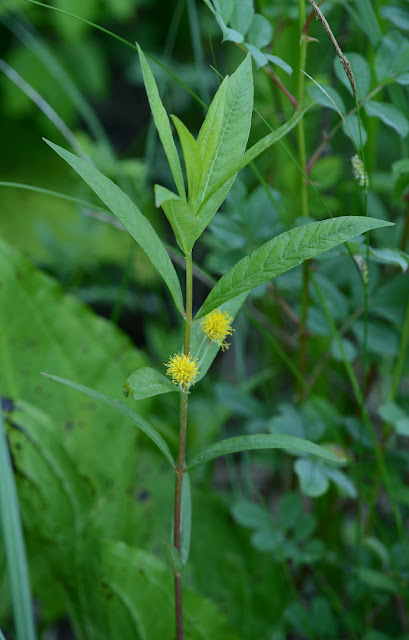