Wow, who doesn't like Butterfly Milkweed!  Its bright orange flowers attract your attention from far away and it's hard to resist going over and taking a look.  This is certainly one of the most photographed flowers.  They're not as common as Common Milkweed or some of the others, which makes them even more enticing.

One little known fact about Butterfly Milkweed is that it was voted "Wildflower of the Year" in 1999 by the Kansas Native Plant Society!  This puts it in pretty good company.  As you all know, there is a corresponding Indiana Native Plant and Wildflower Society, but I don't think they select wildflowers of the year.  Maybe they ought to start.  It's a real hit in Kansas!

Milkweeds have a very interesting flower structure that makes them easy to identify.  They have five upward projecting hoods, and five corresponding petals that point downward.  The hoods are the unusual part.  They have nectar down in the bottom which attracts bees, butterflies and moths.  Inside the hood are little gizmos called pollinarium.  These consist of two connected sacks of pollen.  When the insect lands on the hood to collect the nectar, the pollinarium gets stuck on their leg and they fly away with it.  The structure of it is such that it is perfectly situated to come in contact with the stigma of the next plant it lands on.  I don't have the close-up pics to show what it looks like, so here's a link that describes it nicely. 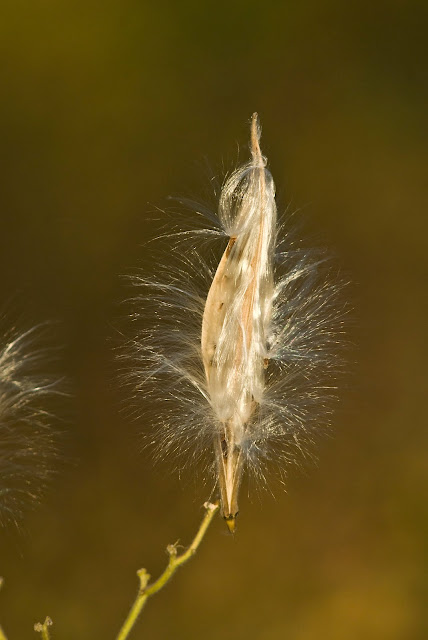 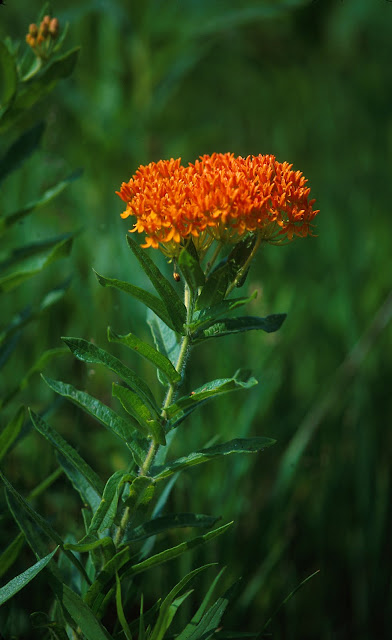